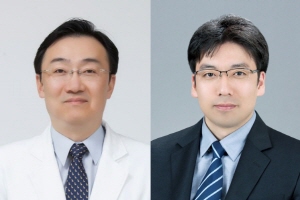 A 'cell therapy' has been developed that can treat incurable hereditary diseases including 'tyrosinemia', which causes various abnormal symptoms in the liver, central nervous system, and kidneys and can increase the incidence of liver cancer

In most cases of hereditary diseases, there is no appropriate treatment, so slowing the progression of the disease or maintaining the current states was more focused on prior to a complete cure.

Recently, a gene therapy has been applied, in which gene scissors are injected into a living body as a fundamental solution, but the risks may occur in the process of using the virus as a carrier for injection and the 'off-target effect' has appeared as a problem when the gene scissor is overly activated.

In response, a joint research team led by Professor Dongho Choi of Surgery, Hanyang University Medical Center and Professor Sangsoo Bae of the Department of Chemistry, Hanyang University Medical Center introduced the ‘Cell Therapy' in which the cells from an animal model of hereditary incurable disease are extracted, genetically modified in vitro, and then transplanted back into the animal model.

It is a method of producing progenitor and stem cells derived from hereditary incurable diseases by using low molecular compounds. Then, the mutated genes are corrected through base and prime correction technology, which are transplanted back into the living body.