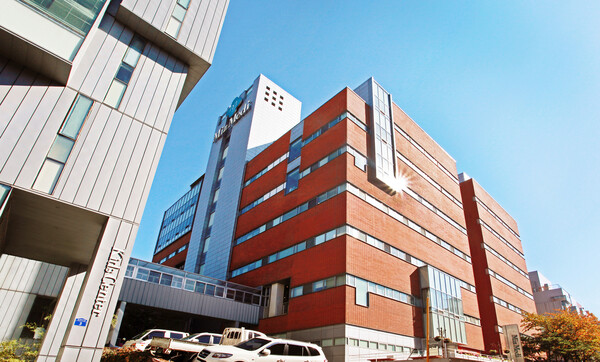 The excellence of Korea’s infertility treatment is well-known around the world. In vitro fertilization technology, in particular, has been advanced by hospitals specializing in obstetrics and gynecology, including MizMedi Hospital of the Seongsam Medical Foundation.

In January 2021, a 47-year-old woman successfully conceived an in vitro baby using her own egg and successfully gave birth. She was the oldest patient to do so since the opening of MizMedi Hospital in Gangseo-gu.

Even globally speaking, there have been rarely any reports of women over 46 years of age who successfully became pregnant using their own current eggs, instead of freezing their eggs when they were young or being donated an egg and then giving birth.

MizMedi Hospital has made remarkable achievements in the field of infertility treatment, based on the systematic treatment offered by the iDream Center, its technologies accumulated from leading research on IVF technology, and the state-of-the-art facilities and equipment.

It became the world’s first to successfully transfer embryos through the uterine wall in 1991 and to achieve normal pregnancy through fluorescence in situ hybridization (FISH) in a patient experiencing habitual miscarriage in 1995. It became Korea’s first institution to successfully carry out an IVF procedure through an intracytoplasmic sperm injection (ICSI) process in 1996, to perform microsurgical testicular sperm extraction (microTESE) using a surgical microscope in 2001, and to introduce a method of testing for DNA damage in the sperm nucleus in 2006. As such, it has been at the forefront of infertility treatment, with unrivaled technology and continuous research in the field.

The cell culture system is particularly important when a patient is older because the eggs and embryos are more easily damaged. At the iDream Center, there is a cell culture system established based on some 30 years of experience, and it is staffed with experienced researchers who excel in the selection, fertilization, and cultivation processes.

Another characteristic of MizMedi Hospital is that it is a leading male infertility treatment hospital.

The Department of Urology at MizMedi Hospital does not just check the man’s fertility but also diagnoses and treats structural disorders and dysfunctions. This is possible thanks to over 30 years of male fertility research and the experience of performing over 3,500 surgical procedures for male fertility treatment.

In 1997, MizMedi Hospital opened the first testicular tissue cryopreservation bank in Korea and began research on infertility genes in male infertility patients. In 2002, it presented the findings of a study on microsurgical testicular sperm extraction (microTESE) in patients with non-obstructive azoospermia, for the first time in Korea.

With more than 3,500 cases of male infertility surgery including 1,540 cases of microTESE (especially, 615 cases of multiple extractions), 1,511 cases of varicocele surgery, and 455 cases of microsurgery (vasovasotomy + epididymovasostomy), it has improved the success rate of natural pregnancy, artificial insemination, and in vitro fertilization.

- The largest maternity hospital in western Seoul where 75,424 babies were born over 22 years

MizMedi Hospital is the largest maternity hospital in western Seoul. It has delivered 75,424 babies, as of July 2022, since its opening on February 1, 2000.

These days, there are a growing number of older pregnant women aged 35 and older who are at higher risk of diseases such as diabetes and high blood pressure. MizMedi Hospital has analyzed the ages and complication rates of 13,144 mothers who gave birth at MizMedi Hospital between 2016 and 2020. It was found that the proportion of mothers aged 35 or older has increased and the rate of pregnancy complications has tripled.

However, an older woman can give birth to a healthy child in most cases if she takes good care of her health, consults with a specialist before and during pregnancy, and receives proper medical care. Accordingly, MizMedi Hospital is ensuring safe and healthy childbirth for all mothers through the SAFE BIRTH campaign.

MizMedi Hospital has been performing most of its gynecological procedures through laparoscopy since beginning to perform laparoscopic surgery when it was still named Yeongdong Jeil Hospital in 1991, and since then it has performed a total of 100,000 obstetrics and gynecology procedures. Based on this experience, the da Vinci Surgical System was introduced to enhance safety and precision, and its application has been gradually expanded to include gynecological diseases that require surgery, such as uterine fibroids, adenomyosis, and endometriosis.

- An OB/GYN hospital that developed together with the local community

MizMedi Hospital of Seongsam Medical Foundation has been consolidating a win-win relationship with the local community by serving as a specialized obstetrics and gynecology hospital even in times of extremely low fertility.

During the COVID-19 pandemic, the hospital continued its charity activities, donating 4,000 sanitary napkins to the Gangseo-gu Office and a youth shelter, signing an agreement to support youth medical care in the local community through the Gangseo Hanultari Program, and donating spoon and fork sets and KF94 facemasks to orphanages and a mother-child center.

It also sponsors single-parent families, parentless families, and families in which the child is the head of the family in Gangseo-gu through Cheonwonsarangmoim (Cheonsamo) and offers scholarships through the Gangseo-gu Scholarship Association. Proceeds from an art exhibition and iDream exhibitions were donated to help infertile couples and families with premature babies.

Meanwhile, MizMedi Hospital is the first general hospital in Gangseo-gu and the only hospital specializing in obstetrics and gynecology in western Seoul. It specializes in areas of women’s health across all ages, including pregnancy, childbirth, and menopausal disorders, with specialized centers such as the Delivery Center, Fertility Center, Robotic Surgery Center, and Breast Center.

MizMedi Hospital has been accredited as an obstetrics and gynecology hospital four consecutive times and as a general hospital three consecutive times. It has been rated first-class in an evaluation of medical institutions providing fertility procedures, anesthesia evaluation, and prophylactic antibiotic use evaluation in surgery, and it was ranked No. 1 in Seoul for overall satisfaction in a patient experience evaluation. As such, it has received recognition for ensuring patient safety and providing exemplary medical services.